Blepharoplasty or eyelid surgery
At our centre, we perform minor surgery on outpatients under local anaesthetic, including surgery on the upper and/or lower eyelids.

Upper eyelids, practical aspects:
The technique:
The technique involves making an incision under local anaesthesia in the natural fold of the eyelid, in order to precisely remove the excess skin and fat. It is important to precisely determine the quantity to be removed in advance.
The scars:
The scars are invisible as they are located in the natural fold of the eyelids. The stitches are removed between the 3rd and 5th day. The complete disappearance of the scars is gradual. It may take between 6 and 12 months in a ‘cyclical’ process. This is a normal phenomenon in the healing of all scars. It may also be the case that the scars temporarily redden to then disappear again.

Lower eyelids, practical aspects: Constantly under pressure, the contour of the eyes is the most sensitive zone of the face. In this area, where the skin is five times finer than elsewhere, the effects of age, tiredness, stress, pollution and smoking are reflected. Especially fragile, the lower eyelids are quickly marked, and emphasise lines. The appearance of puffy bags due to cutaneous sagging is a clear indication of the necessity of an operation. The operation consists of removing puffy bags and (or) increasing the suppleness of withered skin which rejuvenates and clarifies the eyes giving them a rested look. Either way, blepharoplasty does not remove rings or dark pigmentation of the skin which can be alleviated using other procedures such as biostimulation with the aid of autologous cells. The technique: The operation removes unsightly puffy bags (often hereditary). In certain cases it is necessary to also remove a cutaneous excess associated with a wrinkle. The skin is thus gently stretched on the muscle which is likewise stretched, in the same way as with a facelift. The scars depend on the technique used, which in turn depends on the planned correction. They are practically invisible if only a conjunctival incision is made i.e. in the interior of the eyelid, as when only the puffy bags are removed. As for cutaneous excess, the incision is made along the eyelash line up to the external corner of the eye. The fat extracted is partly transferred in order to fill the dark circle under the bag. This treatment refreshes and opens the eyes, while a flat and empty eyelid gives the impression of tiredness or sadness; an aged eyelid… The scars: Invisible when the operation is done with a conjunctival incision. The scars are concealed in the eyelash line and they fade after 2 months, becoming invisible at the end of 6 months. Surgical sequelae: Bruises, ecchymoses and oedema that vary in intensity for several days. All this disappears in a fortnight. However, the patient may feel sensitivity to light as well as discomfort when closing the eyes. The results: The results are visible after 3 weeks and a definite idea of the final result is obtained after 2 months. The scars fade over 6 months, disappearing completely at the end of this period. 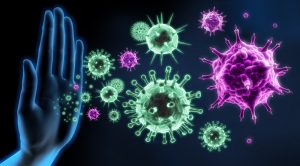